Estonian adventures in the city of contrasts

None of us three had ever been to Romania so we were all really excited and curios to participate in Monomyths’ project in Bucharest. This was Grete`s first time to fly with an airplane so she was super excited and super worried.

We arrived in Bucharest in the evening of August 31. Since the accommodation place was rather far from the airport and we were too lazy to handle with buses we decided to take an Uber. That turned out to be a really good decision, as our driver was really really friendly, introduced us the city, helped us with our luggage, in the registration of the accommodation etc.

On the first morning in Bucharest we met other participants from Latvia, Greece, Cyprus, Croatia, Poland, Italy and Romania, who turned out to be really interesting people. We had some fun games to memorize all the names and in the evening started the never ending party cycle.

Second day started way too soon. None of us got much sleep but it was alright because the activities were intensive and interesting. We had to analyse ourselves, based on what we developed personal branding skills. After that we had a speed date format pitching, where we had to introduce ourselves in fast and interesting way, 15 times in a row. The trainers also gave us a brainstorming challenge, which was used by Walt Disney to generate original ideas. The question was, how can you use a spoon? 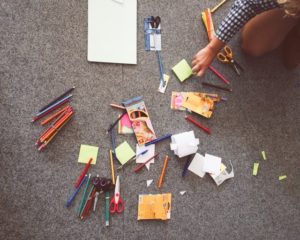 In the third morning we learned a lot about design and logos.We had an interesting assignment to create a logo of our own. The outcome was successful and people promised they will use the logos in their organisations and businesses. In the evening we had an international night. All the participant introduced their countries and offered us their typical food and drinks.

Fourth day was something to look forward to. We went on the city tour and had a nice guy to talk about the history of Budapest (yes, that mistake was on purpose, a’la Michael Jackson style). The assignment for this day was to make interviews with people from the street. It was quite fun. Then we wandered around, chilled a bit in a park and waited for the Romanian dinner. This was really tasty and plentiful. Surprisingly, we all stayed in that night and got some „good“ rest. That of course didn’t mean that all of us were at the training on time in the morning. Luckily, everyone still came, which was great, because we had a blogger talk to us, which ended up with this text here. Unfortunately, the program will end soon, but hopefully the last three days are as fun as the previous.